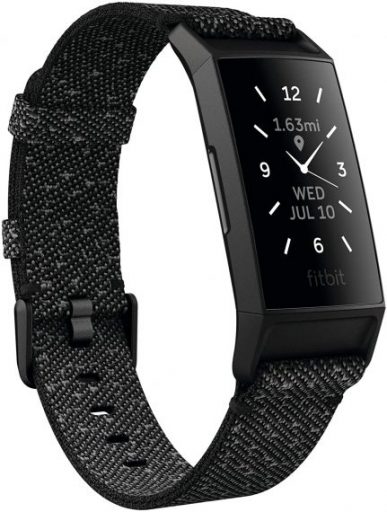 Are you searching for a lightweight, compact fitness tracker that you will barely feel on your wrist and that you don’t have to charge every second day? The last generation of Fitbit brings even more than that. It is equipped with new functions, such as Fitbit Pay, Smart Wake adjustable time limit and dynamic GPS. I am not going to write a whole review about the fitness tracker Fitbit Charge 4. Even though there is a lot to say…

Foremost, I must say that I love the whole tracker. Its comfortable fit on the wrist, how tiny it is, how neat it is. But today, I would like to mention the most noticeable changes that the company made. Because Fitbit Charge 4 definitely belongs to the group of higher-quality fitness trackers on the market and because it is very popular.

Fitbit Charge 4 can boast of its new GPS module. It is called dynamic GPS and its main goal is to extend the battery life of the fitness tracker. Until now, you could have chosen between on-device or phone GPS. Most of the users tended to use the first version. Me, as well. I always prefer to use the on-device GPS even when I have my phone with me. The reason behind it lies in the fact that the on-device tracking is a bit more accurate. Also, when you start tracking and your phone suddenly switches off, then you need to stop your running or different activity and start it with the on-device mode GPS again.

Dynamic GPS has a big advantage that it automatically switches between on-device and phone GPS. The switch depends on whether you have your phone with you or leave it at home. After the new software version number 1.96.29 was released, it has been automatically set as ON. So in general, the GPS tracker is finally advanced. Just to say, I had Fitbit Versa 2 before. And that one doesn’t even have the built-in GPS. You always need to have your phone with you. That is a big difference.

What I truly like is the new Smart Wake function. Fitbit used to have it on their fitness smartwatch only. Thus Fitbit Charge 4 became the first fitness tracker by Fitbit that has the Smart Wake as well. How does it work? Well, I normally go to work every day in the morning and wake up at 7:15 am.

So at 6:45 the Fitbit tracker starts monitoring whether you are still sleeping deeply or you have a lighter sleep. It wakes you up if it finds out that you are not sleeping deeply anymore. So that you wake up feeling more refreshed than usual. I tried it several times with this fitness tracker and it was pretty great. I never felt bad or even worse even when it woke me up earlier. So for this feature both thumbs up!

I mentioned the Fitbit Pay in the beginning as one of the functions that the fitness tracker can offer. Well, it is not a completely new feature but I like it. You may find it also on smart watches, the Fitbit Versa 2 or Versa 3 as well. Thanks to the NFC technology, you can easily pay by placing your Fitbit tracker close to the terminal and make a contactless payment immediately.

In the end, these were the pretty new functions that I appreciated the most. Sure, I could talk and evaluate the new version of the Fitbit app. In short, it is absolutely amazing. I was even willing to pay for the premium and I didn’t mind. Many functions, perfectly adjusted for measuring running and many sports activities. Cardio measurement, pace, heartbeat and much more. But I will cut it here and just say that this fitness tracker, the Fitbit Charge 4 is definitely worth it.