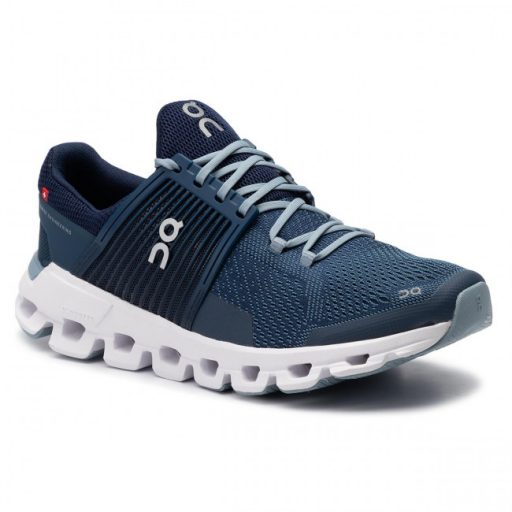 Before considering these shoes I have already heard lots of odes about them. My friend, videos on the internet and also a review article that I have read, all these sources were agreeing pretty much on the same thing. It is an extremely comfortable shoe. Long story short, I can confirm that it is true. Definitely, after having them put on your feet, you will be thinking of them as of a really successful model that is nothing but a nice surprise.

Upper? By 90 per cent thumbs up! It is breathable, light, smoothly fitting around your arches. Moreover, it has a typical side band over the top. That is the most interesting aspect of this shoe to be honest. It gently locks the whole middle part of your feet so that the shoe sits pretty well and prevents you from slipping off. Those 10 per cent that I would not mark with thumbs up go for the fact that the heel part of the shoe is too shallow. Where the side bands do a really great work, the heel part screws up a bit. It should have been a centimeter higher and it would make the fit really good.

So, the shoe truly is comfortable but unfortunately not for real long distance running. For shorter runs in the morning, jogging in the evening here and there, then it is fine. But be prepared! The heel for some people, it might cause real problems and slip off easily.

Design? Very stylish. I really like these shoes. This brand in my eyes really achieves elegance and futuristic appearance at the same time. In my eyes, On Cloudswift look very neat and decent. Actually, I wouldn´t hesitate to take them even for a date. The colors are not shiny, but instead soft and light so that the mesh upper looks pretty descreet. The futursistic part is created by the traditionally proposed outsole that is typical for On Cloud running shoes.

Even though I liked the outsole design, I cant say it is very practical. Stones, woods and other debris get stuck between the grooves because they are small enough and thus create this issue. It happened pretty often. And of course especially when I tried more difficult trail in the forest. So, these shoes you will definitely not buy in case you would want to run something else than clean, plain pavements in the city. 🙁

The last point, the midsole. Unfortunately, even here it has been a disappointment. Although the shoes promise to help you when running long distances, it is not the case. In comparison to other brands and their models such as Boston Adizero, Nike Pegasus, Nike Zoom Pegasus or Saucony Freedom ISO, here the cushioning is very firm. It is not responsive at all and thus. on longer distances around 15 kilometers and plus, they felt even uncomfortable and my knees and arches hurt. This is the point, that I cant really forgive the producer and thus, the shoe I would not buy again.

Overall, comfortable, the shoes really are. But only for shorter, medium-short runs. At longer distance, you will understand that the shoe is of lower quality and thus in my opinion not worth buying. You can get a better alternative for real running. 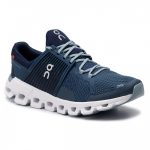