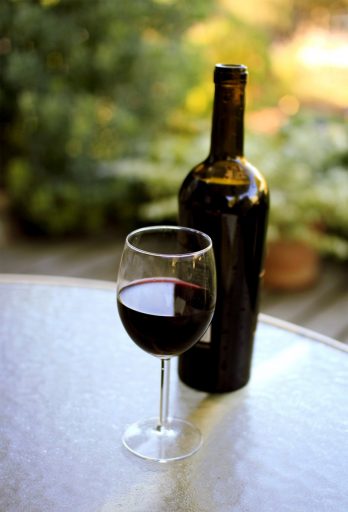 Believe it or not, even though lots of people share their negative experience about a weak physical performance after a huge party night, I have to disagree. Running with a headache and sensitive stomach after going out, I tried several times and I can assure you, it doesn’t have to be always a tragedy as you may expect. The factors you should take into consideration before you ever dare running out like that, I will try to describe according to my personal experience. As the feeling of dying in the morning will be gone and finally, you will be able to finish the run without any bigger difficulties, hopefully, my personal advice can show off to be of use for you. Let’s take a look at it right below.

When I was a teenager, I was obsessed with loosing my weight. I was stepping on the scale every day in the morning with a hope, my weight will either stay at least stable or go down. Of course, after the night of partying with friends, I got such a great mood the day after, because the weight sometimes decreased by even 1.5 – 2 kilos. And after half a day later when I got hydrated and ate a proper (mostly fat 😀 ) meal, everything was really back. Or even more up than I would have ever expected. How is that so? Very simple…. alcohol drains your body of water. Imagine now, you force your already dehydrated body to go for a run and even start sweating during the training afterwards. Maybe it would be a good step in order to turn yourself into a dry desert.

Nevertheless, it is definitely not a good idea if you want to stay supportive for your internal organs, such as kidneys and livers. Those already got a slap from alcohol the night before and need no more dehydration whatsoever. So, when I say, drink a lot before the run in the morning, I don’t simply mean a glass of water. Drink a liter! At least!! And then wait around 10 minutes. A glass of water, as some articles often claim, is definitely not enough. Especially, because you are willing to force yourself into a real sport activity. It is a cardio, so simply you need much more water than if you decided to just take a longer walk or do some yoga instead. Personally, I would say this is the most important part of everything. Nevertheless, it is definitely not the only one aspect that shouldn’t be omitted….

The clear water may be sometimes heavy for your overly sensitive stomach. Therefore, it might seem logic, you would try to eat something small as a banana or apple or a yogurt that would make you feel more refreshed and possibly even stable inside. The reason I do not recommend it, is simply because alcohol you had the night before contains a huge portion of calories. Yes, next to our lovely proteins, fats and carbs, it is ethanol in alcohol that gives your body some energy. So do not be afraid, that you would collapse as soon as you run 500 meters because your body haven’t received any nutrition.

You have definitely enough energy from the alcohol from the night before. If you had eaten a big portion of Kentucky fried chicken or the Big Tasty after your night out and combined it with all the drinking, your calories intake after such a night will be so high, that you shouldn’t see any food until the late afternoon. If your body cannot handle just water itself and you feel like puking after drinking it, then you should avoid even the idea of going for a run. Without a question. Simply, because you just feel too bad…

From the energetic necessity perspective, the energy you gained from alcohol (and possibly at the same time food as well), it doesn’t require you to be adding anything else the other day, than just some pure, clear and cold water :-).

I woke up once, had a really depressive feeling of the typical “what the hell happened yesterday and why was I so stupid that I drank so much that I got into this state of being…” Well, I told myself I needed to get rid of that feeling by running a long distance which would help me to get into the mood of doing something right for myself. Unfortunately, my goal of running 10 kilometers… was simply too much. I was barely able to run 3 kms. I came home, after doing a run around our park for only two times. The big eyes that I had in the beginning, were seriously disappointed and I perceived it as a real failure. Therefore, I would rather say, always with a hangover, run something small. And the most important part… appreciate it!!! Appreciate, the fact you were so strong you forced yourself actually to get out of bed and managed to go outside and do any sort of activity….

Why would you ever do running in the morning with a hangover? What does it bring to you in general? When to be honest, it can make you more dehydrated, it can make you feel the headache even more as the blood is pulsing into your head, it can make you feel also more nausea and it brings in general, lots of pain to already a destroyed body from the evening before. But what I see as the main benefit, is the fact that you have a full control over yourself even when the conditions are not the most favorable all the time.

That you are strong enough to force yourself out of the comfort zone and that you are willing to do something for yourself under any circumstances. Of course, you may argue with the fact, the body is pretty tired and needs some rest after drinking the whole night. Yes, that is maybe true. But from what I observed about my own feelings was the fact, that when I drank lots of water and decided to run a shorter run, I never had any problems. Instead, it woke me up, started my metabolism to work again and mentally, I felt much more earlier recovered and again about to do something progressive on that specific day.

My general conclusion (in case you are too lazy to read this article…. :D) would be to go for such a run with hangover only for waking up yourself. Take it veeery easy and either run super slow (in my case it is around 7.5-9.0 kms/h) and a bit longer, or run middle pace but don’t overestimate your physical abilities. After a drinking night I would simply call it a day after 3 kilometers. Maximu of five.