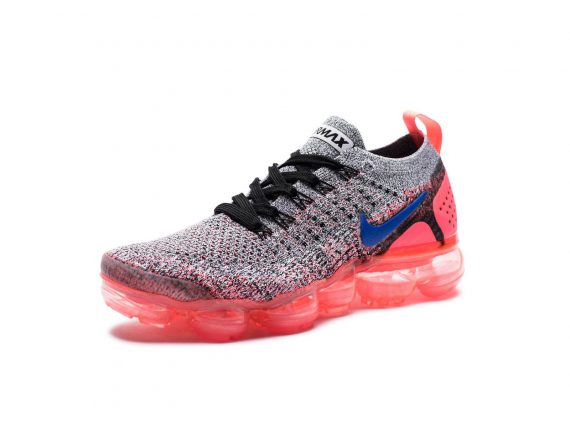 When being concerned about how my overall running look appeals to others around when exercising, I would call this model the right “click”. Maybe because I have always been a bit conservative, in sense of decency as for the design choice, this model of running shoes goes against all my expectations of what the real running shoe look like.

Technically, it´s a perfect product. As promising the runner an extreme lightness secured by Flyknit technology and thick rubber outsole with the Air Max technology, it seems as an ideal combination especially for long distance running. Flyknit creating the upper part of the shoe reduces heat of your feet. Thus, as it is made from polyester fibres that are knitted in one whole piece without additional seams, it allows the feet to breathe very naturally. So that you don´t have to be afraid that after some time you have your socks that wet that they almost need to be replaced by a new pair in the middle of the run. Truth to be told, with these shoes, you won´t even need the socks. The Flyknit, besides the ventilation, secures a precise adjustment of the whole upper part to your shape of feet and the thick rubber outsole highly eliminates any chances of being injured by something sharp laying on the road.

Definitely, I find the outsole the most impressive, shocking and “going against the flow” feature of the whole model. As mentioned before, it is made by using the Air Max Technology, which you may guess, focuses on securing the maximal protection for your knee shocks. That is theoretically all as it should be. Having it made from air cushions, you can easily see the sole as being squeezed for each runner´s step and then getting exactly back to the same shape as it had been before. So in this case, high durability achieved. So where does the shocking part come then? I would say it is especially the design in this case. From all the models I have had in my hands or seen just in the pictures, it looks for me as a combination of futuristic sole, trying to pretend it is seriously very cool and uncommonly looking upper part with a combination of some randomly shining colours put together. Especially the outsole that is made of plastic seem to me kind of looking as being a bit fake. The only neutral color I could imagine wearing for an everyday run would be the black version. 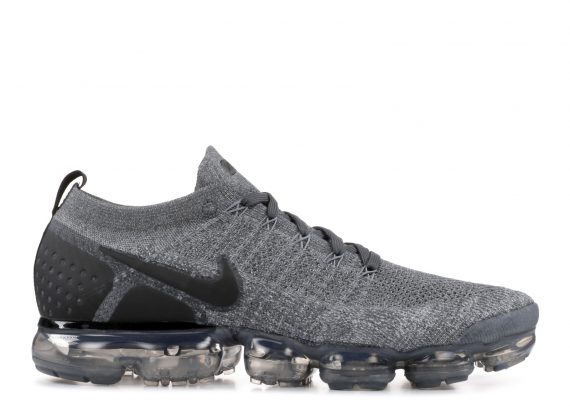 On the other hand, those who would want to astound the surroundings, have definitely a vast number of combinations playing with different colors as is common also for Nike. More than the design, there was hidden feature that surfaced not immediately after my first run on the road, but surprised me as soon as the weather conditions became different.

As I often prefer to run with my headphones, maybe I would not even notice this issue if not having my headphones taken off. But the sad truth was that the shoes went after a while quite squeezing in the rain outside. I could not really find which parts makes that noise but the most important thing is, it went on for more than half time of my run. You can imagine how annoying that can be and now imagine, you would go with these shoes for a run on the snow…. 🙂 Another negative aspect worth mentioning I find in the shape of the outsole.

It is made from several different size cushions which are not connected in order to make the shoe ultimately flexible. That is great! It keeps you feel very free and having the shoe under control. Unfortunately, the producer left between the cushions too much space so that if you decide running on anything else than road and would pick up outdoor, stony, countryside kind of trail, be prepared to bring some stones also to your  home eventually.

A special addition to this model in comparison to the previous model of Nike Vapormax Flyknit 1 (otherwise they are by 95 per cent the same) is the reflexive strip on the heel upper part of the shoe. It should help a runner to be seen when going for a run at night. Well, I don´t think it really matters in this case, because the stripe is very small and narrow, so that rather a really good reflexive clothing would be safer than this.

Overall, I see the whole Nike Vapormax Flyknit 2.0 as a fashionable shoe for someone who wants to shine with a not yet worn colours and design. As the cushioning offers the highest comfort for joints protection, I would definitely for sure appreciate that aspect, but maybe rather for a different kind of sport than running where I find the resistance of the overall whole shoe the most important. The convenience of this model for running, did not fully persuade me.